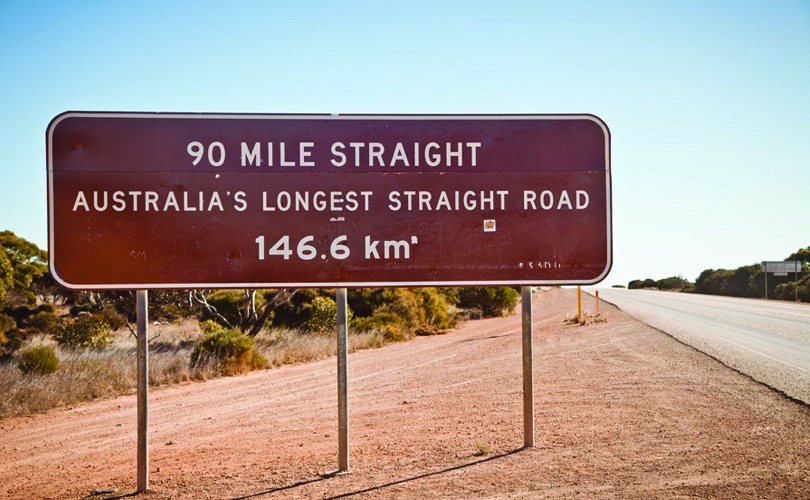 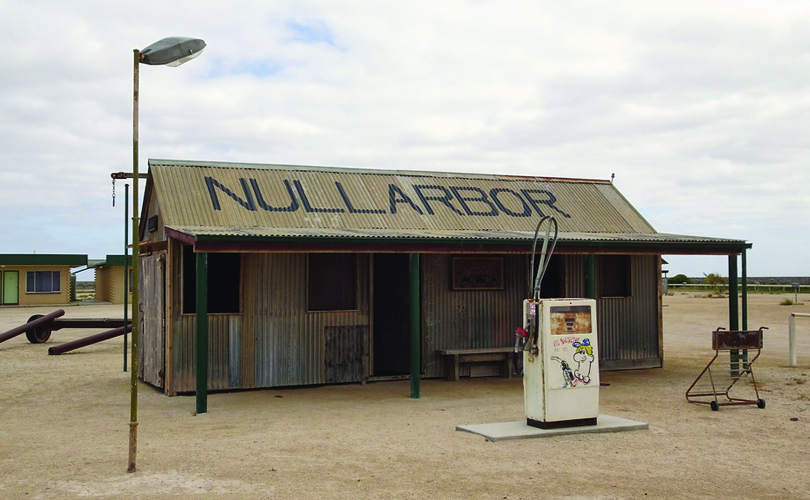 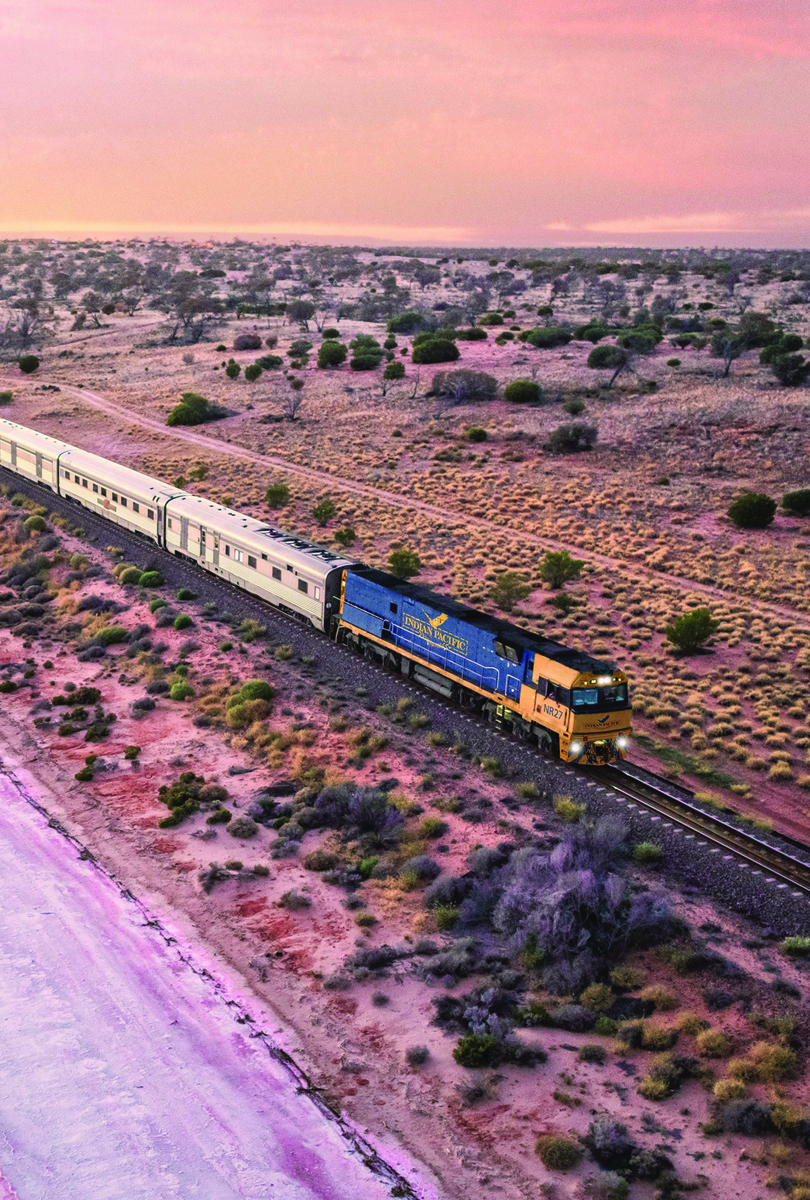 WHY I LOVE MY BLUNDSTONE BOOTS

My love affair with what are undoubtedly the best shoes in the world began with an unexpected man crush. I’d lost my mind and dragged a friend with me from Los Angeles to Australia, to run 200 miles across a searing stretch of desert called the Nullarbor Plain. Totally treeless and absolutely flat, it hugs the continent’s southern edge at the Indian Ocean, connecting Adelaide and Perth, and covering a distance of more than 1,000 miles.

If you drive the Nullarbor, you’ll find, at intervals of 50 to 150 miles, a series of roadhouses. These are tiny hostels/groceries/gas stations in one, and you’d better stop, because you could run out of gas or food before the next time you see one. My friend and I decided that running the hottest, most barren part of the plain—the middle 200 miles—would be a fun thing to do. We’d do this while pushing a cart full of water, since hydration packs don’t even come close to handling the capacity of liquid needed for a full day of Nullarbor heat.

I had trained for the effort, and we planned to run 15 to 20 miles daily. What I didn’t account for were my feet. Daytime temperatures on the Nullarbor can reach 100 degrees Fahrenheit, but the jet-black asphalt can far exceed that, glowing up to frying-pan levels. The heat reflected through my running shoes and back onto my feet, as my heels and toes blistered and burned. By the fourth day, I was limping. Each foot fall felt like I was stepping on broken glass.

It was in this haze of pain that I glimpsed the man—or, more accurately, the footwear—of my dreams. We were overnighting at the Penong roadhouse, whose gas pumps, we were told, are among the most profitable in the world. The owner was wearing the classic Aussie warm-weather work uniform: short shorts, socks pulled up high around the calves, and a pair of Blundstone boots.

We explained to him what we were doing, and he kindly supplied a bucket of ice for my feet. Staring down at my mangled lower extremities, he sighed: “You’re wearing the wrong shoes.”

Blundstones are light, comfortable, supportive, and—this is key—durable: A pair of Blunnies may get scuffed and scrappy, but they can last for years as your daily driver.

Blundstone is about as iconic in Australia as Levi’s and Carhartt are in the US, and, like those brands, it began by supplying functional, sturdy gear to industrial workers. Up until about two decades ago, Blunnies—that’s the affectionate nickname for them—hewed close to their work-boot heritage, with Australian mechanics, factory workers, farm hands, and lorry drivers lacing on the company’s heavy-duty, durable, steel-toed boots. In the mid-1960s, Blundstone introduced the #500—a pull-on, ankle-high boot that included an elastic panel; a floating-on-air rubber sole; and a rich, brown finish, known as “stout,” since it resembled the dark malt beverage.

It was just after the new millennium that the #500 became something more than a boot whose lace-free nature gave it the advantage of being less prone to fouling with the detritus of plowed fields and pigpens. Aussie kids on worldwide backpacking trips began setting out in Blundstones, finding them to be light, comfortable, supportive, and—this is key—durable: A pair of Blunnies may get scuffed and scrappy, but they can last for years as your daily driver.

Other companies offer similar boots, but what makes the #500 boot special is the way it’s designed from a single piece of extra-thick leather. The leather is cut into a V shape and then wrapped and formed into nearly the entire boot, with the exception of a reinforcing heel insert. Blundstone adds a removable footbed, which slowly molds to your foot, making the boot more comfy as time goes on. And you can wear the shoes all day, since they’re exceptionally light: The #500s weigh about 14 ounces per pair—just 2 ounces more than the New Balance running shoes I wore on the Nullarbor Plain.

On that day we finally limped into Perth (15 days after we started), the very first thing I did was rush to a local speciality shop and buy a pair of #500s. My revolting running shoes, whose sins I had begun to find personally offensive, went directly into the trash. My friend and I took a long train ride back across the Nullarbor to Adelaide, then to Sydney, and I can say that I’ve pretty much worn Blunnies every day since.

I use my Blundstones for everything: hikes, walking around town, business meetings (after I clean them with a squirt of lemon Pledge), and date night. They excel as protective work boots. I’m also not ashamed to admit that my Blunnies get bonus points for not needing to be laced up. They slip on and off quickly, and I don’t have to worry about tying them. (I’m bad at keeping shoelaces tied, and there’s a good chance you might be, too. Here’s why, if you’re curious.) In the summer, I wear them with shorts and pull-up socks, just as my style-setting roadhouse host did when we hobbled into his gas station.

As I did, the world has discovered Blundstones. They’re wildly popular in Israel, with one in eight Israelis owning a pair, according to a company spokesperson. A quick census at my local Pilates studio this winter revealed that Blunnies accounted for four out of seven pairs of shoes in the facility’s mudroom. One nice thing about all this popularity is that the boots are easier to find (but be careful about sizing—you’ll need to translate Aussie sizing to US sizing; my Blunnies are a Down Under 8½, fitting my US size-10 feet.) Sure, the Blundstone club is no longer exclusive, and that’s great: Shoes this good should belong to the world.

LET BLUNDSTONES BE YOUR CONCERT-GOING COMPANION
Whether you’re at a club, show, or an outdoor festival, the Tasmanian-born boot is the most comfortable addition for your next music event. Thanks to the proliferation of social media and...
MATTO BARFUSS - ARTIST, WILDLIFE FILMMAKER, AND PART-TIME CHEETAH
Written by Birkenstock | Originally appeared on Birkenstock   Matto Barfuss, successful wildlife filmmaker, achieved fame in the 1990’s after spending months living among cheetahs. Wild...
LIQUID OF LIFE
Written by Olukai | Appeared on Olukai   Throughout time immemorial, human beings have associated rain with life, growth and renewal. It nourishes our natural environment, waters our crop...
Shop
Help
About us
Terms of Service
Refund policy
NEED ASSISTANCE?
service@thewalkingcompany.com.au
FOLLOW US