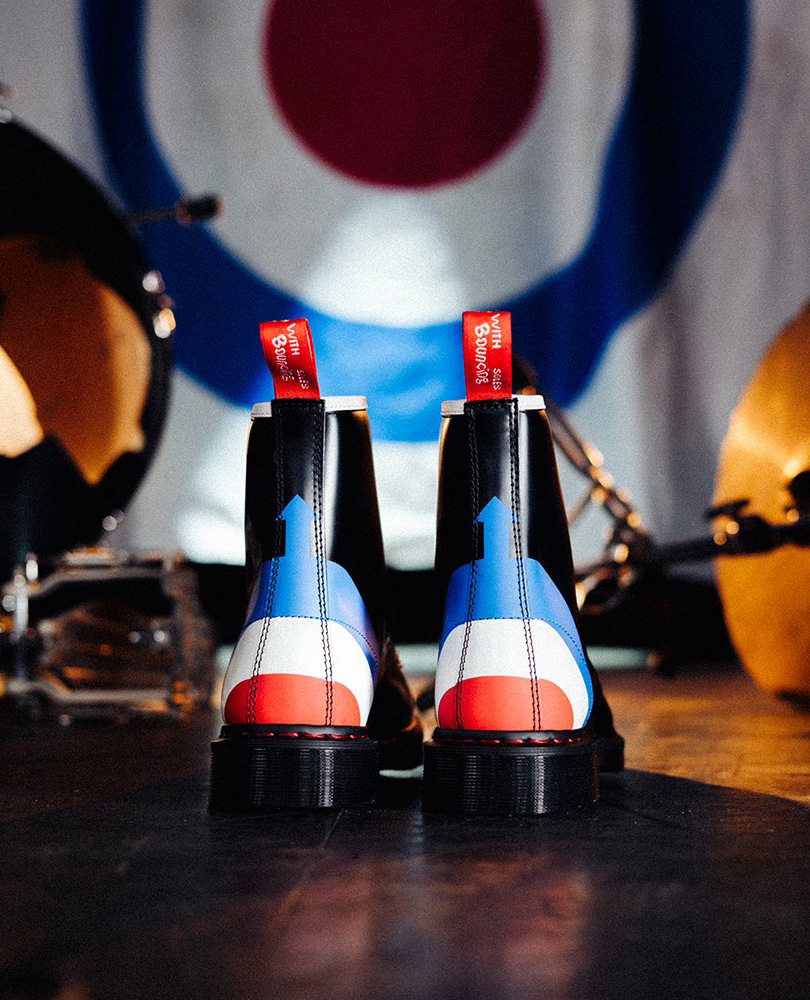 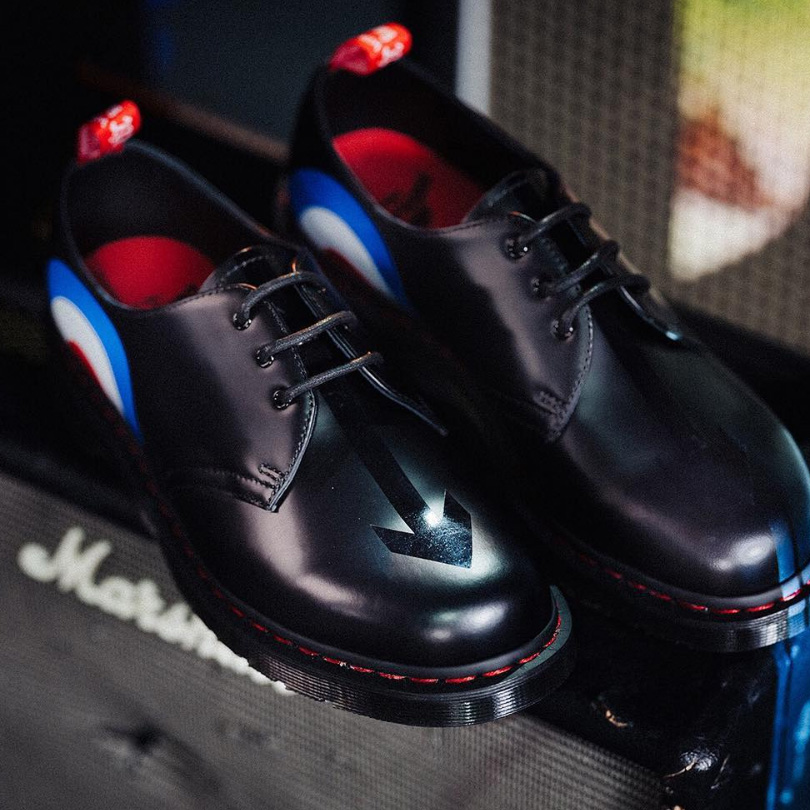 DR. MARTENS X THE WHO A COLLABORATION DECADES IN THE MAKING

Written by Dr. Martens | Originally Appeared on Dr. Martens
When Pete Townshend wore a battered old pair of Dr. Martens 1460 boots on stage in 1967, he catapulted our modest workwear brand into the world of rock’n’roll, and music has been our heartbeat ever since.
The Who‘s riotous live shows smashed their way to the top of the British mod scene and throughout America, we were there every step of the way. As the band’s fame and notoriety exploded, our 1460 boot became as iconic as Townshend’s infamous scissor kicks and jumps, becoming a symbol of rebellious self-expression. The guitarist and songwriter even credited his footwear for his energetic stage moves, claiming “With my new ‘Air Soles’, I literally started to fly.”
Now, with this new collaboration, Dr. Martens and The Who have come full circle… or rather: full mod target. The Who’s emblem, the tri-colour target, is one of the most iconic symbols in rock music history; so from socks to shoes, we want every piece to capture the scooter-riding, bespoke-suit-wearing, seaside town-crawling Mod aesthetic the band pioneered.
Kicking off with the classics; the 1460 8-eye boot, featuring a DM’s Smooth leather upper, red welt stitching, tri-colour target logo and dual-branded sock liners. We took the very same design signatures for our 3-eye 1461 style. Placing the iconic mod target on the side of the shoe for maximum impact and a subtle arrow running from tongue to toe.

LET BLUNDSTONES BE YOUR CONCERT-GOING COMPANION
Whether you’re at a club, show, or an outdoor festival, the Tasmanian-born boot is the most comfortable addition for your next music event. Thanks to the proliferation of social media and...
BACK TO BASICS
Written by Vivobarefoot | originally appeared here. No matter how well you design and build a house, if it has a bad foundation it won't stand for very long. The human body can be looked ...
Shop
Help
About us
Terms of Service
Refund policy
NEED ASSISTANCE?
service@thewalkingcompany.com.au
FOLLOW US